Get informed about news and current announcements of pbr AG 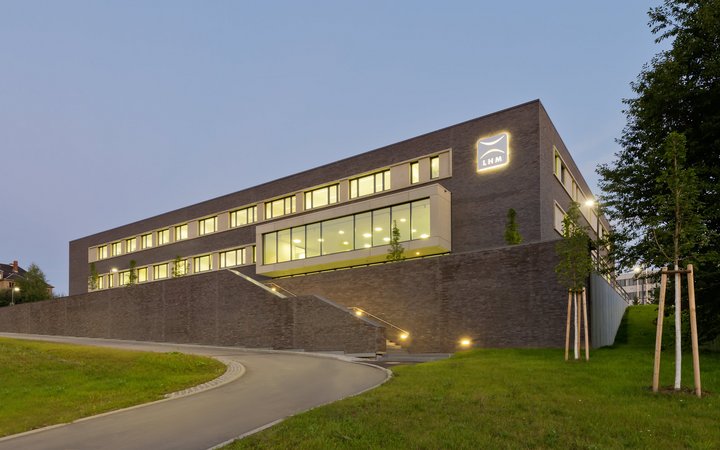 In the 151st year of its existence, Mittweida University was expanded by a new research institute, a flagship development, which is both a confirmation and a challenge. The new research building was handed over to the university in September 2016 and, on 12 October 2016 the new building was officially opened. The design for the laser laboratory, including architectural and fire safety schemes, was produced by pbr. The building owner is the Free State of Saxony, represented by the Saxony State Department for Property and Construction Management. 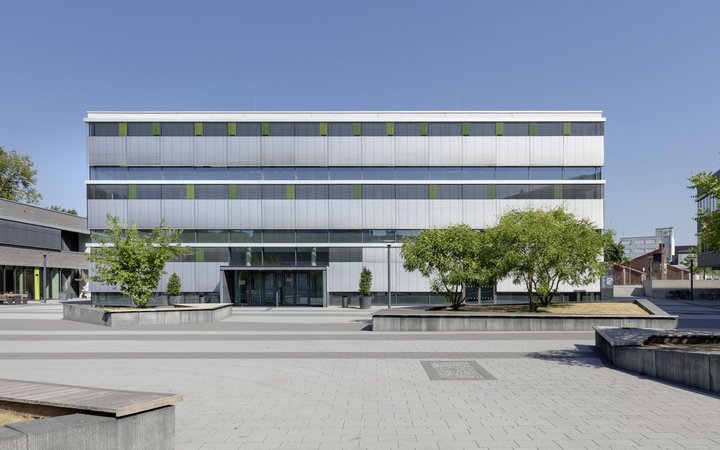 The North Rhine-Westphalia architects’ chamber stages the 10th architecture quartet on 3 November 2016. Using three current examples from North Rhine-Westphalia, the subject of education buildings is to be discussed. In addition to the German Football Museum in Dortmund and the Folkwang Library in Essen, the discussion will focus on the Kamp-Lintfort campus of Rhein-Waal University, for which pbr has produced all aspects of the design. 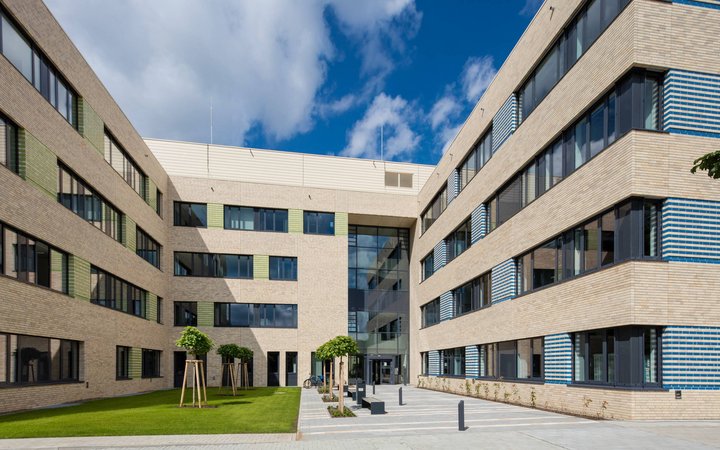 On Tuesday, 13 September 2016, the new research institute of the German Centre for Neurodegenerative Diseases (DZNE) and the Centre for Biostructural Imaging of Neurodegeneration (BIN) on the site of Göttingen University Medical School was officially opened. In future, the researchers will be able to use the experimental research and theoretical work areas, as well as service and communication facilities, which in total comprise 3,440 m² of usable floor area. With the beige-coloured face brick as facade material, the architectural tradition of the neighbourhood was continued while using a contemporary interpretation to create a link between the existing and the new structures. All aspects of the design were provided by pbr. 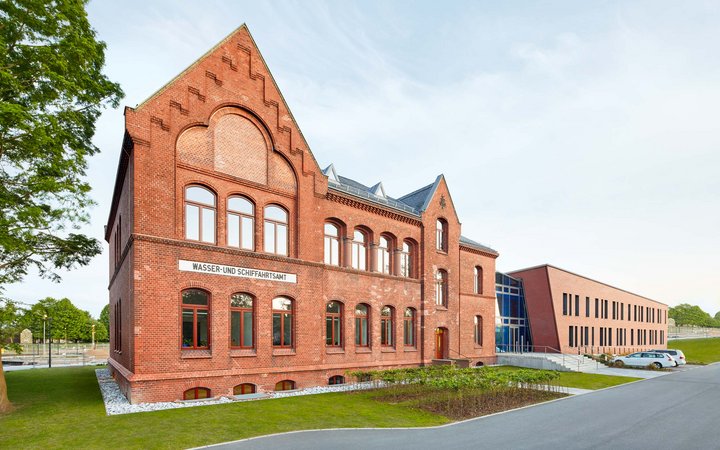 This year, the Iconic Award was given to pbr for the design of the Federal Waterways Office in Kiel. The design, which came under the Public Architecture category, appealed to the jury of the German Design Council. This is now the fourth Iconic Award for projects by pbr over the last three years. The award ceremony took place at the BMW World in Munich on 4 October 2016 on the occasion of the Expo Real property exhibition. 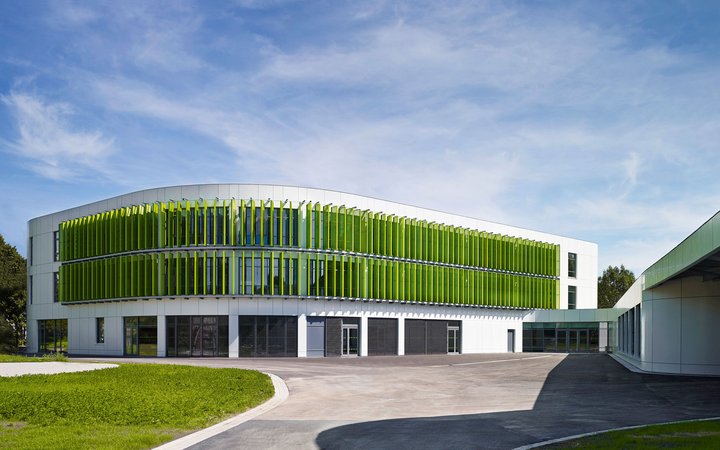 The City of Cologne is investing a budget of over EUR 2 billion in educational buildings up to 2030. A good enough reason for the International Educational Buildings Exhibition to invite all important stakeholders in this field to a networking event at the Cologne Palladium. In order to establish contacts and find out the latest information on trends in educational building, pbr also participated in the exhibition as an exhibitor on 20 and 21 September 2016. In addition, during a workshop, Mrs Wendt-Salmhofer provided a more detailed explanation of the constructive cooperation between architects, building owners and users under the title "Space for dialog – jointly developing educational architecture". The workshop took place on the second day of the exhibition, and required registration. 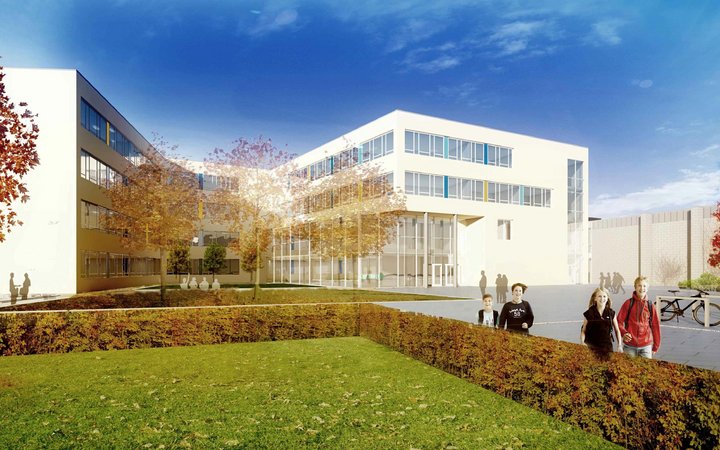 Modern, bright and inclusive – these are the characteristics of the new school building of the Humboldt grammar school in Bad Pyrmont. The design, which had to be produced for this PPP project in cooperation with Industriebau Wernigerode GmbH, was the responsibility of pbr Planungsbüro Rohling AG. The client is the City of Bad Pyrmont. The new four-storey building will be constructed on the site of the Humboldt grammar school and will take the form of an angled, four-storey building that meanders between the existing music pavilion and the former "orientation" school. The generous two-storey break hall is a key element at the centre of the building. 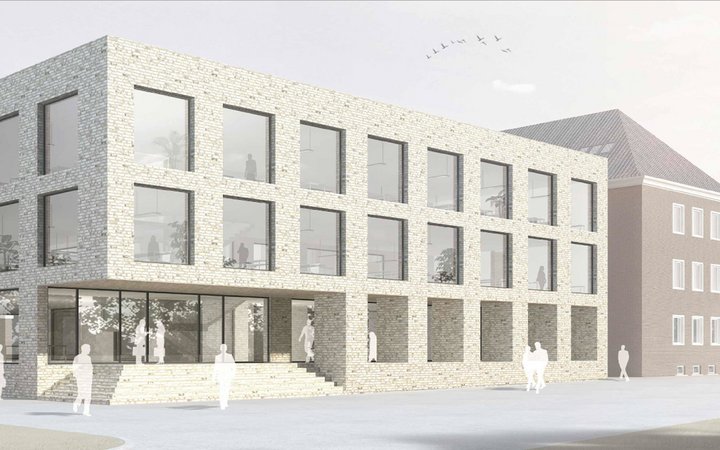 In order to bring together the employees of the Aurich State Prosecution Office, who had previously been located at two buildings in the city quarter, pbr was commissioned by the State Building Management Office of Lower Saxony in June 2016 to produce the architectural design for a new extension building. The new building will extend the existing one towards the west. A bright inner courtyard links the new architecture with the surrounding nature. Inside the building, open corridor ends and meeting points create an agreeable working atmosphere.