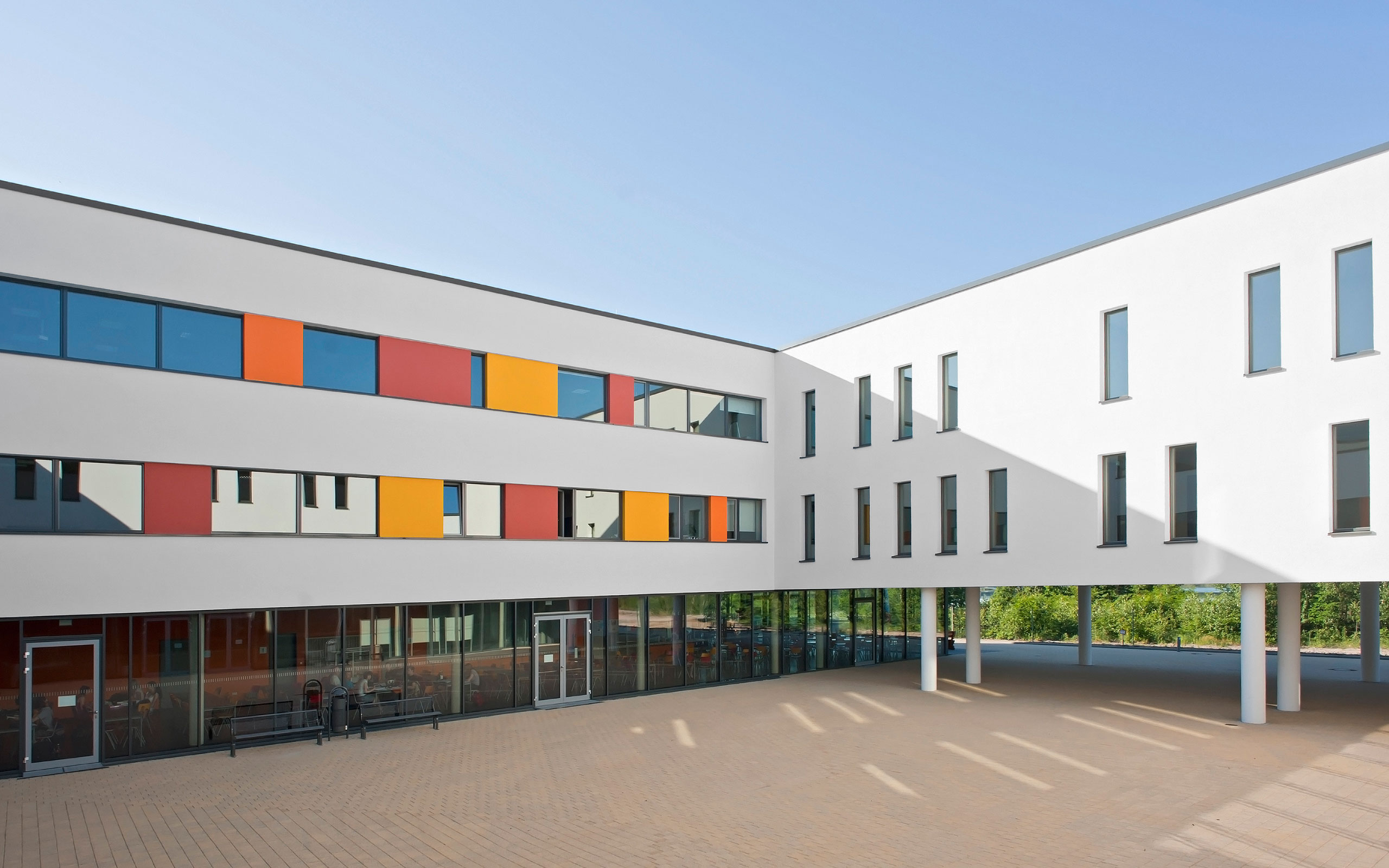 The building with sports hall has been designed in the form of a succinct and compact cubic volume with continuous parapet. The colour scheme of the facade consists of restrained colouring of the render finish, as well as fenestration in the form of bands. Opaque panels between the windows are highlighted in bright colours. An important objective of the new building was that PassivHaus standards were to be met. This had a significant effect on the design. As a result, all the building functions were accommodated in a compact building volume, thus optimising the ratio between space and outside envelope. The building manages to fall significantly below the stipulated primary energy parameter of 120 kWh/m² due to its modern thermal insulation, an almost air-tight building envelope, triple-glazed windows and controlled room ventilation with efficient heat recovery. By integrating several educational establishments in the building it is possible to utilise additional synergy effects with regard to the operation and functionality.

The SeeCampus Niederlausitz has been awarded the Good Practice Energy Efficiency label of Deutsche Energie-Agentur GmbH (dena) for successful energy efficiency projects, and has obtained the PassivHaus silver standard certificate from the German Sustainable Building Council (DGNB). With an energy consumption of not more than 15 kWh per m²/a, the school only uses one tenth of the energy used by a conventional building.