Since 2010, the 302 ha open space of the former Tempelhof Airport has been used under the title "Tempelhofer Feld". In addition, the former airport building and the former apron to the building are used for large festivals, sports events and trade exhibitions. In order to preserve the historic building fabric and use it for urban development, extensive overhaul work will be carried out to the roofs of hangars 1 to 7 and gates A1/A2 by 2017, with work taking place in several phases.

In the first construction phase, the roofs of hangars 5 to 7 were overhauled between 2012 and 2013. The roof of hangar 4 was completed in a time window from September 2014 to July 2015. In 2015, the old roof finishes and any noxious substances were removed from hangars 2 and 3 before recovering the roofs in three sections. 2016 and 2017 are the years for work on hangar 1 and gates A1/A2. The overhaul work to the roof takes place while the use of the respective premises carries on, in precisely specified time windows and in coordination with the event/letting schedule. The reason is that the hangars are currently let and are used for temporary purposes.

Bearing testimony to the history of Berlin and Germany

There are many superlatives that distinguish this building. 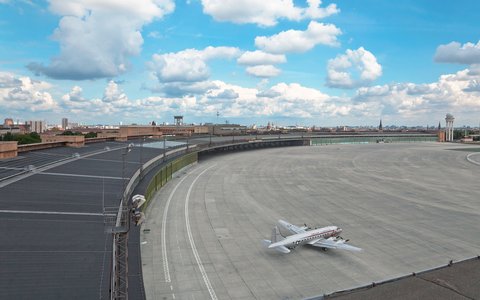 With a gross floor area of approx. 300,000 m², the airport building is still today one of the largest worldwide. It is the largest historic building in Europe. The roof of the aircraft hangars and check-in halls has a length of 1.2 km and a footprint area of 60,000 m². In 2011 the airport was designated by the Federal Chamber of Engineers as an "historical symbol of the art of engineering in Germany". When the airport was opened in 1923, it was one of the first passenger airports in Germany. Its neoclassical appearance was largely influenced from 1936 to 1941 by the National Socialist regime. When the first designs for the reconstruction were submitted in 1934, the government agencies of the time demanded authority over the design. Even in those early days it had been planned to use the rear part of the aircraft hangar and check-in hall roofs as a tiered grandstand area for more than 80,000 visitors. However, this approach was only carried through in minor parts. Access for the masses of people was supposed to be via stairwell towers. Tempelhof also became widely known as one of the three Berlin airports that were used for the historic Berlin airlift from 1948 to 1949.

The roofs, which have a front and a rear part, consist of a sheet metal finish on reinforced concrete. As part of the roof overhaul, roof structures including concrete screed layers on the respective hangar roofs were removed and overhauled in sections, and the joints between building sections were repaired. At the request of the listed building authority, a tiered structure in the area of the concrete roofs is retained and arranged in accordance with the historic design following the installation of extensive insulation. In some parts, stone slabs are used as fire protection barriers. For structural reasons the installation of stone slabs throughout the roof area, which would make it possible to create a walk-on roof, was omitted as part of the overall concept.

Both the building owner and the listed building authority decided to top the roof with a bituminous finish as was the case with the existing building. Compared to a membrane-based roof covering this type of finish offers a tougher surface, it has a proven long service life and it did not require any mechanical anchoring, which would have pierced the vapour barrier. Contrary to the recommendations of the designers, who suggested the installation of a light-coloured, heat-reflecting covering, the listed building authority insisted on a dark anthracite-coloured finish as this is closer to the historic original.

Long-term servicing of the very extensive roof areas was incorporated with an optimal system involving the installation of an innovative leak-monitoring system for the entire area, including emergency drainage of the thermal insulation layer. This system automatically detects and reports leaks in the roof surface so that it is possible to repair any damage in the roof skin without delay. This ensures that the thermal insulation material does not become wet and damaged.

The roof featured heavily damaged roof windows and vertical fenestration bands at the step line between the roof levels. The single-glazed wired glass construction of the fenestration bands was overhauled and, in sections, renewed in its original form. This involved removing the glass, preparing it and re-inserting it; only the condensate drainage system in the lower part of the window frame was improved compared to the original construction detail. In some areas the roof windows were also overhauled and, where necessary, the frames were re-lined with an exterior metal finish. 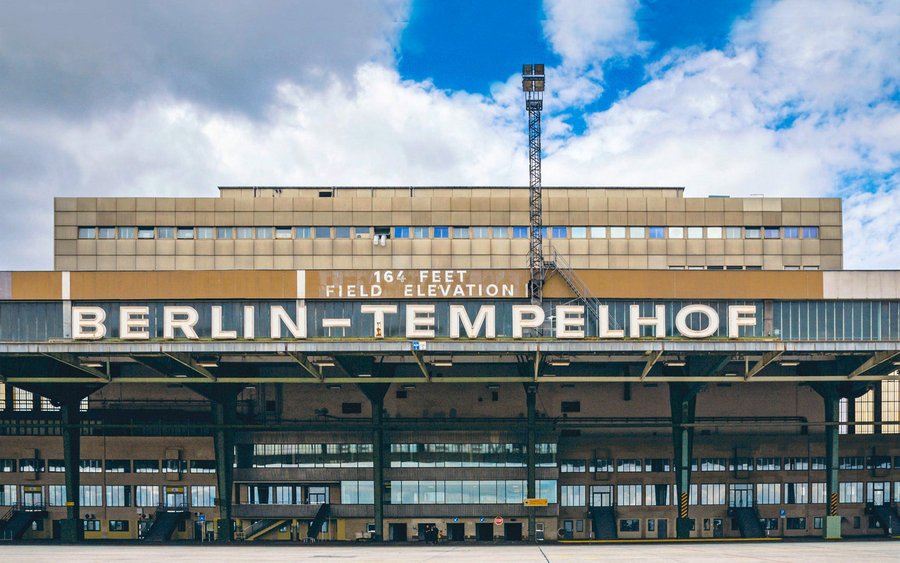 At the rear part of the roof is a gallery with pedestrian access. For this so-called "Historiengang", pbr AG provided structural calculations for the roofs H5 to H7 based on the client’s functional requirements. In addition, the structural capacity of the sheet metal roof finish was investigated to check whether it was suitable for any later installation of a photovoltaics system; for the roof sections with a concrete roof finish, loadbearing calculations were carried out in preparation for the use of these areas as roof terraces. For this purpose, X-ray technology was used to carry out a non-destructive investigation of the existing reinforcements over large areas.

Systematic use of thermal insulation

As part of the roof overhaul both the reinforced concrete and sheet metal areas were upgraded with the installation of thermal insulation. For reasons of cost and the preservation of the listed building, more extensive thermal insulation was omitted from large parts of the roof. In view of the fact that the large facade with the industrial doors was not insulated, it was decided to comply with the minimum building component requirements in accordance with the EnEV energy conservation directive using the individual building component evidence procedure. Likewise, most parts of the industrial door canopy and the facade sections enclosed by the roof geometry were left uninsulated. This applies to the canopy above the industrial doors, the glazed area above these doors, including box gutter and parapet wall, and the clerestory fenestration band at the step line in the roof.

The changed utilisation of the building, e.g. for large events, has an effect on the thermal conditions in the building. Whilst formerly they were used for the parking and servicing of aircraft and therefore nearly kept frost-free, they are now sometimes used as places of congregation and have to be heated on those occasions. The heating causes problems with condensation as well as thermal stresses in some building components. In turn, this resulted in a significant reduction in the operational safety in the building. During the overhaul work and due to age, spalling of concrete and mortar from the ceiling occurred. When a sample investigation of the ceiling was carried out, it was discovered that parts of the reinforcement had corroded and further spalling had to be expected. In response, the lower layers of the hangar roofs were investigated at certain points in order to ascertain the extent of the damage. As a temporary measure nets were installed below the ceilings in order to prevent any damage from spalling parts. The concrete of the ceilings will be repaired during a later construction phase, which has yet to be put out to tender.

Doing justice to the responsibility

Tempelhof Airport, with its huge open area, is located only five kilometres from the Brandenburg Gate. Since Sir Norman Foster’s edict, Tempelhof Airport is considered "the mother of all airports" owing to its functionality and architecture. The airport building is currently undergoing a change of use and is being converted into a place for culture and creative industries. In view of the importance of the building and the history of the place, the airport character will be preserved. There will be few changes, and mostly modernisation, in order to retain as much as possible.